Houston Downhole furnishes several types of Drill String Valves.  All are API Spec 7.1 Certified.  They are built and pressure tested to all API 7-1 specifications.

Kelly Valves, Safety Valves, Inside BOP Valves and Drop-In Check Valves are all used to control the fluid flow thru the ID of the drill string.  They are offered in 10,000PSI or 15,000 PSI Working Pressure and can be furnished with internal parts for both Standard and H2S Service.

The Kelly Valve is an essential part of the Drill String.  Back before the Top Drive Assembly, a Rotary Kelly was the tool that drove the drill string.  The Upper Kelly Valve ran between the Swivel and the top of the Kelly. It had Left Hand Threads to be able to make up to the Swivel and the top section of the Kelly.  It can still be produced but is not part of the configuration for a Top Drive Assembly. 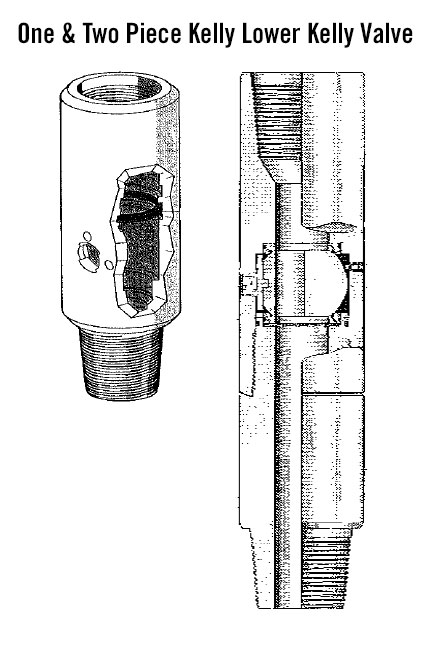 Initially the Lower Kelly Valve was installed below the Kelly and the beginning of the Drill Pipe.  Even though the Rotary Kelly has been virtually replaced by the Top Drive Assembly, the Lower Kelly Valve is still an essential part of the Drill String.  It is installed below the Top Drive & just before the Drill Pipe Starts.  The Lower Kelly Valve is primarily built as a Two-Piece Valve.  The center connection is where you access the internal parts of the valve.   Because spacing can be an issue at the top of the string, we also offer a One-Piece Valve for most sizes.  The internal parts of a One-Piece valve can only be reached thru the Box connection.  The smaller size Valves have such a small ID that the parts cannot be accessed.  In this case, a Two-Piece Kelly Valve is the only option.

Upper, Lower, One-Piece or Two Piece Kelly Valves all can stop the flow from above or below.   Ours are pressure tested from above and below the Valve, are rated as Class 2 Valves. 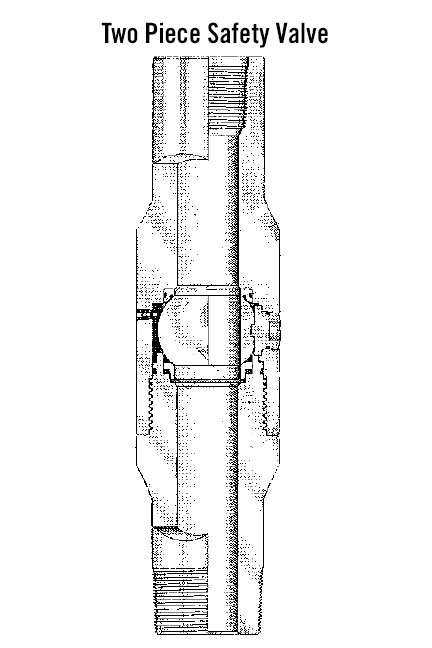 The Safety Valve is very similar to the Lower Kelly Valve in operation, but stays on the rig floor in the open position, so it can be quickly stabbed into the drill pipe if a ‘kick’ is encountered.  The Safety Valve is built with a Two-Piece body.

A Safety Valve can also stop the flow from above or below.  It is pressure tested in the same manner as the Kelly Valve and is also rated as a Class 2 Valve.

The Inside BOP Valve is another type of Drill String Valve that is built with a One or Two Piece Body. This is a Non-Return Valve that allows pumping thru it, but prevents upward flow.  It can be installed in the drill string, but is usually kept on the rig floor to be stabbed into the top of the string, should fluid start flowing upwards thru the drill pipe.  Some sizes are only available in the Two-Piece body due the same access restrictions as the One-Piece Kelly Valve has.  The Inside BOP Valve only stops the flow from below and the Class designation does not apply. 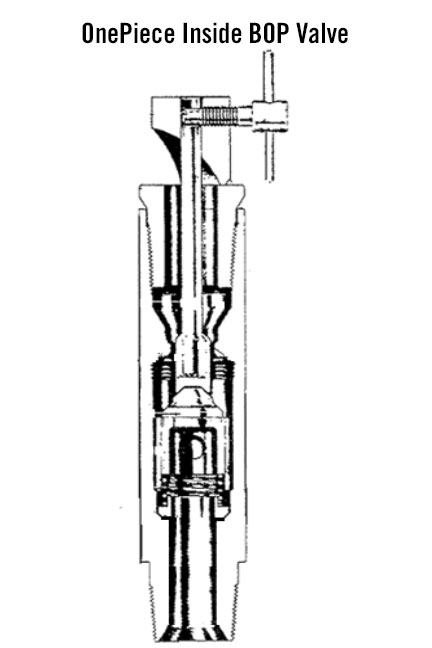 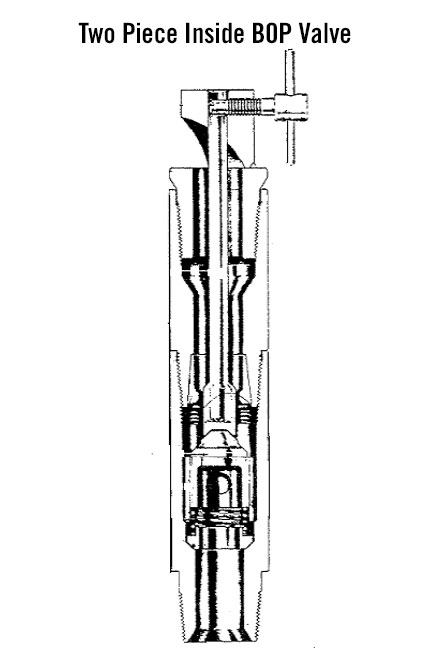 The Retrievable Drop-In Check Valve Assembly consists of a Landing Sub that is installed in the string prior to drilling.  That way it is already in place should periods where the drill string is left open or “kicks’ occur.  When this happens, the Check Valve itself is placed in the drill string and pumped down to where it seats into Landing Sub.  Once it is in place, the Check Valve prevents the upward flow thru the Drill Pipe.  After this operation is complete, the Retrieval Tool is lowered on wireline equipment to bring the Check Valve back up to the rig floor.

Just like the Inside BOP Valve, the Class designation does not apply to it because it only stops the flow from below. 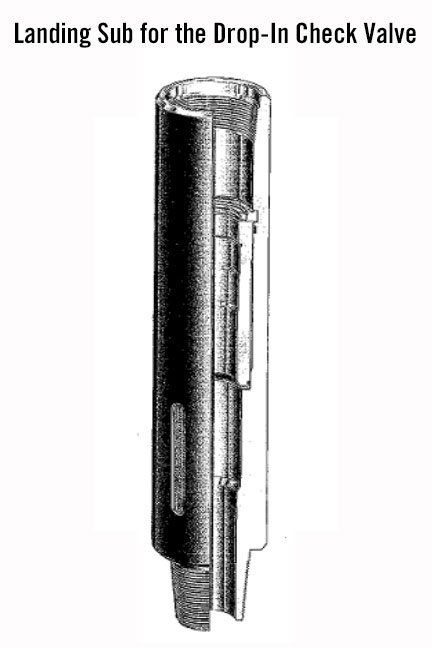 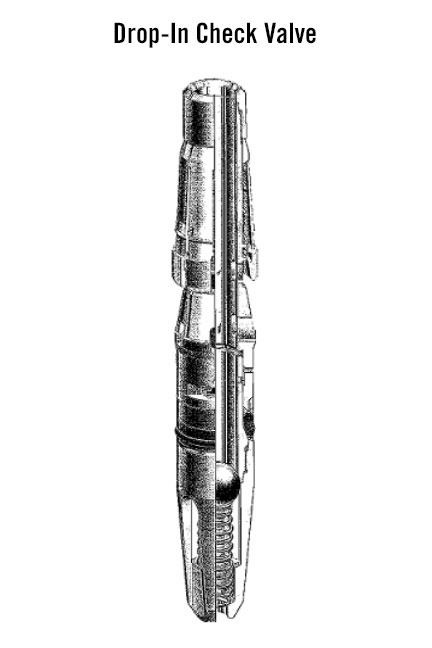 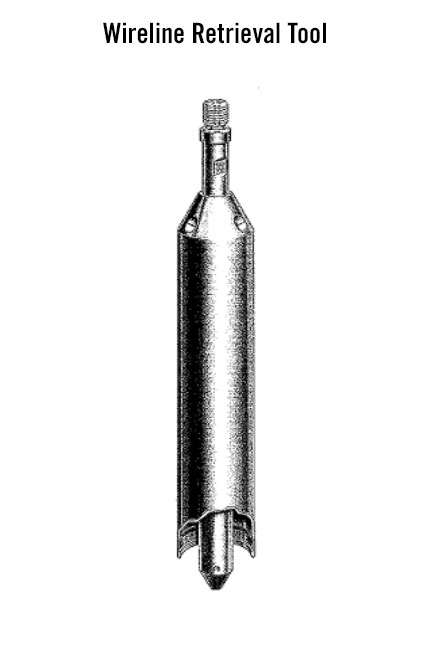 Houston Downhole is ready and able to respond to the needs of your business.

REQUEST A QUOTE
Go to Top